Steve was raised in Hallowell and Auburn, Maine and graduated from Bowdoin College. He served three years on active duty in the U.S. Army and returned to Maine to enroll in the University of Maine School of Law. Following a career of 40+ years as a practicing attorney, Steve retired at the end of 2018.

Steve and his wife Pam have lived in Cumberland for 39 years. They are the parents of two adult daughters and have two grandsons.

In response to the Supreme Court’s recent reversal of Roe v. Wade, I firmly believe that all women have the fundamental right to make personal health care decisions for themselves without government intrusion. Current state law should be strengthened to safeguard the right to obtain an abortion safely and legally.

While Maine’s economy withstood the worst of the pandemic, there are still too many residents who lack opportunity and who for the moment have stopped looking for work. We may be justifiably proud of our low unemployment rate. At the same time, many employers have been unable to meet their staffing needs and limited or reduced hours are still common. Strengthening our statewide economy and meeting the needs of our workforce and employers alike is a top priority.

We cannot control the impact of supply and demand in a free and open economy. However, the unavailability of affordable housing to our younger residents and others in our workforce presents a crisis-level threat. Creative solutions to expand our housing options in a manner that is compatible and harmonious with our communities must be developed to meet the needs of all Mainers.

Global warming and climate change are a long-term threat to Maine’s environmental and economic health. To protect all of our resources - maritime, farmland, and forest - we must aggressively continue to electrify our energy base. Clean and renewable sources of electricity are essential to maintaining our way of life.

The continued preservation of natural resources is critical to preserving our “brand” and the character of our communities. We must continue to support the Land for Maine’s Future program and maintain required levels of funding.

Equal access to justice is vitally important to a vibrant democracy and our commitment must never falter. Our legal system must at all times meet the needs of our residents and guarantee that fundamental Constitutional and legal rights are maintained for all. The lingering effects of the pandemic must be aggressively addressed. 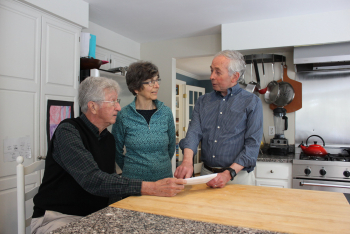